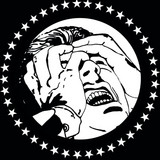 One of the defining bands of Germany's Neue Deutsche Welle, Extrabreit outlived their early-'80s heyday by decades, unlike most of their contemporaries. Along with groups such as Hubert Kah, Marcus, Spliff, and Geier Sturzflug, Extrabreit took elements of punk, pop, and German schlager, combined them with truckloads of attitude, and scored a handful of hits that have since turned into classics that keep getting played wherever Germans feel an inkling (and have had enough beer) to jump around and revel in sweet euphoric nostalgia. Founded in 1978, Extrabreit were originally designed to be a mere outlet for letting off steam. High-school friends Stefan Klein and Gerhard Sperling, gifted with little talent for playing soccer (German adolescents' more usual pastime), decided to give music a try. With Ralf Denz on bass and Horst Werner Wiegand on vocals, they found comrades-in-arms to form the first of the band's many incarnations. The quartet members declared punk rock their game and Extrabreit (Extrawide) their name -- inspired by a fat permanent marker that was lying around in their rehearsal studio. Remarkably, Wiegand convinced the rest of the band to sing in German, which was highly unusual at the time and won the band some attention from the press and promoters right away. Denz was soon replaced by Ralf Teuwen and, with Piet Worthmann, a second guitarist was employed. Surprisingly, singer Wiegand left the band to pursue a solo career, but was soon replaced by Kai Schlasse, a cartoonist and devoted individualist who had never sung before, but -- after some alcohol-induced persuasion by the band -- eventually warmed to the idea of being part of the gang. Like most punk bands of the era Extrabreit chose to adopt stage names, turning Schlasse into "Kai Havaii" and Klein into "Kleinkrieg" (Guerilla Warfare). Other bandmembers often didn't last long enough to choose a moniker: Carlos Karges, who later enjoyed his fair share of fame as the guitarist for Nena, replaced Worthmann on guitar but was succeeded by Ulrich Ruhwedel, who immediately rechristened himself "Public Uli" and thus declared himself in it for the long haul. Extrabreit's first album, prophetically titled Ihre Grössten Erfolge (Their Biggest Achievements), was released in the summer of 1980. Even though it contained some of what would be regarded as their most successful material, a quick rise to stardom was not in the cards. The album failed on a grand scale; sales were thoroughly disappointing. The following tour left the bandmembers exhausted, resulting in the departure of Schlasse and Karges -- and leaving the rest of the band with dim prospects. Extrabreit, however, refused to go down without a fight. A new singer was found in "Nopsy" Laumann, a replacement for Teuwen in Wolfgang "Hunter" Jäger, and the band concluded the year on the road supporting an album that by then felt more like a pratfall than an achievement. In early 1981 Schlasse returned to the microphone after discovering that driving a taxi probably wasn't his true calling in life after all. Laumann grudgingly gave way to the more talented singer, eventually accepting the position of tour manager. After more months of intense touring -- at one time up to 70 consecutive gigs without a single day off -- Extrabreit returned to the studio to record their sophomore effort, Welch ein Land! -- Was für Männer: (What a Country! What Great Men:) -- a more angry, politically quarrelsome album. To everyone's big surprise, first single "Polizisten" immediately turned into the band's first hit -- only gaining strength when the Bavarian government banned the song for openly insulting the country's police force. Around the same time, German music journalists had discerned a new trend and dubbed it Neue Deutsche Welle. Bands like Ideal, Trio, and Nena demonstrated a new national self-esteem, and Extrabreit -- with their raucous, untamed attitude -- fit right in. Over a year after its release, Extrabreit's debut album followed its successor into the charts and the single "Hurra, Hurra, die Schule Brennt" quickly climbed into the Top Ten. By 1982 both of the band's albums had established themselves in Germany's Top Five album chart -- and against all odds Extrabreit had turned into Germany's most successful band of the year. Success was not there to stay, however. As the Zeitgeist shifted and Neue Deutsche Welle made way for other trends, Extrabreit struggled hard to stay in the media's focus. A third album, Die Rückkehr der Phantastischen 5, released at the end of the band's most successful year, failed to meet fans' high expectations. Unnerved, drummer Rolf Möller and guitarist Ruhwedel deserted the sinking ship. Unfazed, the newborn trio released full-lengths in 1983 and 1984 -- but gradually faded into obscurity nevertheless. Europa in 1983 and LP der Woche in 1984 marked Extrabreit's slow but steady retreat from the spotlight. After going on hiatus for the better part of two years, the band reconvened in 1986 to begin working on its most ambitious work to date, the expensively produced Sex After 3 years in a Submarine. The album, released in 1988 and for the first time featuring all-English lyrics, was completed with new bandmembers Michael Gassmann on drums and Peter Szimmaneck on keyboards, and had the band going on tour for the first time in years. However, sales were as bad as ever, and everybody once more went their separate ways. Countless splits and as many reunifications later, Extrabreit kept releasing albums and touring the country. Das Grenzt Schon an Musik, a live album, hit the streets in 1990, followed by the band's first studio album in three years, Wer Böses Denkt, Soll Endlich Schweigen, one year later. Hotel Monopol followed in 1993, and Jeden Tag -- Jede Nacht in 1996. Although Amen was released in 1998, that same year Extrabreit finally decided to call it quits for good. A handful of farewell shows were played and recorded -- however, the resulting live collection, Das letzte Gefecht, still didn't mark the end of it. After another extended break, the band regrouped for the album Frieden in 2005. Three years later, Neues von Hiob hit the shelves in 2008. ~ Nico Tobias Wirtz, Rovi