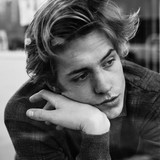 Based in Los Angeles, Corey Harper makes alternative pop/rock for sunny days, sad evenings, and all points in between. His newest release, Overcast, finds the Oregon native returning to his roots in Portland for a source of inspiration, creating a sound that bridges the gap between the music of his past — including breezy pop and West Coast blues — and its Millennial makeover. "Sometimes, when you go through a rough spot in life, you need to go back to the beginning to rediscover, or discover for the first time, who you are," says Harper, who left the Pacific Northwest at 19 years old and relocated to Los Angeles. Overcast isn't just about finding direction, though; it's about finding a unique sound, too. Raised on the guitar riffs and timeless songwriting of Fleetwood Mac and Jackson Browne, Harper initially came to L.A. as an Americana folk-rock musician. His 2016 debut saluted those organic influences, while 2019's Barely Put Together widened his approach. A snapshot of a musician caught up in the rush of a creative growth spurt, Overcast represents a new high-water mark in an acclaimed career. These songs are his most personal to date, yet the issues they examine — strained bonds between loved ones; the mourning of friends who are no longer with us; the desire to live a life that's meaningful— are common. It's music for a brief season of bad weather…with a promise that sunnier days lay just behind the clouds.