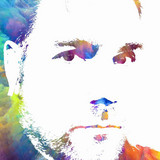 Colony Three is a Canadian electronic and experimental band founded in 2018 by Brian Dickson. Colony Three released their first album Ergosphere in March 2018, a collection of instrumental electronic compositions ranging from ambient to experimental. Sandy Parker of Rave and Roll described the album as “a remarkable journey” and that “Ergosphere is as timeless as space itself”. Colony Three’s compositions are based on the concept of visualization, both as a creative source and an outcome for the listener. Brian Dickson also uses the concept of “purposeful limitation” by incorporating analog instruments (drums, piano, guitar strings), vintage multi-track recording equipment and effects processing reminiscent of early electronic music recordings. Most tracks are considered progressive electronic or ambient. Business Email: colonythreemusic@gmail.com Inspired by artists like Tangerine Dream, Jean-Michel Jarre, and Kraftwerk.