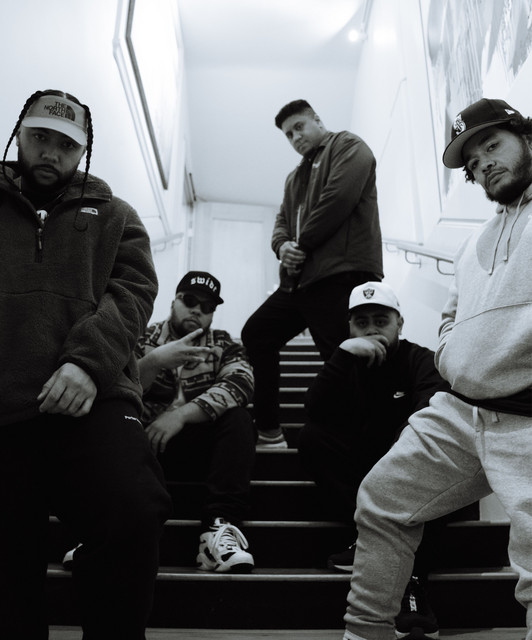 The multi award winning rap group SWIDT is a 5 man collective who hail from the boroughs of Stoneyhunga, 312. The members are SmokeyGotBeatz, SPYCC, INF, JAMAL & Boomer Tha God. Their impressive catalogue boasts Smokey's SWIDT vs. Everybody, STONEYHUNGA, STONEYHUNGA BOOTLEG EP & The Most Electrifying EP. In their short amount of time on the scene SWIDT have garnered a cult following through their infectious music, wild live shows, colourful fashion, and their charismatic personalities. SWIDT have been nominated and have won many awards over the past four years at the VNZMA, PMA, Silver Scrolls & New Zealand Music Award for Critic’s Choice Prize. They have also been the supporting act of a number of international artists namely Red Hot Chilli Peppers, Wutang Clan & Post Malone. Before 2020 ends they plan to release a 3 single pack titled ‘GOOD THINGS COME IN THREES’ to hold their fans over until 2021, as they plan to release their highly anticipated Sophomore album.