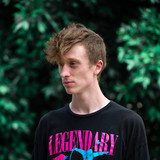 Music for Adventurers. Everen Maxwell Graves is an American producer and DJ whose adventurous, story-driven electro stylings have earned him releases on established dance music labels like NCS, The Arcadium, MA Music and Magic Records, as well as support from top tastemakers and DJs such as TheFatRat, Trivecta, UKF, DubstepGutter, Diversity and more. Graves' musical journey began at eight years old and has since released two studio albums (Nexus in 2016 and When Dubs Cry in 2018) and been recruited to do remixes for artists like Derek Minor, JStu, Hyper Fenton, Moflo Music, Ace Aura, Millennial Trash and Marshall Marshall. Be on the lookout for his collaboration with Lindsey Stirling and TheFatRat, "Warbringer," out on Spotify August 20th! MGMT: landon@outerloopmanagement.com