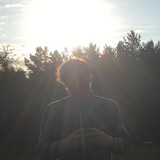 Axel Willner is one of the Kompakt label's most beloved and polarizing techno artists. This is due to his richly emotive sound, which has varied only slightly across the years. The Swedish instrumentalist and producer debuted the Field with Things Keep Falling Down (February 2005).

The second 12", Sun and Ice (April 2006), incorporated samples of Lionel Richie and Kate Bush and led to the Field's first album, From Here We Go Sublime (March 2007). Two of Willner's dreamiest and most impressive tracks appeared on Kompakt's Pop Ambient series prior to Yesterday and Today (May 2009), a rhythmically varied set due to the involvement of several instrumentalists, including Battles drummer John Stanier. Looping State of Mind (October 2011) boasted Willner's brawniest compounds of shoegaze, ambient dub, and techno. Cupid's Head (October 2013) and The Follower (April 2016), as indicated by their sleeve colors, offered darker moods and were, like the debut, created strictly by Willner. His latest work of beauty is called Infinite Moment (September 2018) which is a fresh take on the same concept. Increasingly perfecting his skill, this is one of his best records to date. The producer has also taken part in the group Cologne Tape, and has recorded under a handful of solo aliases, including Loops of Your Heart, Hands, Lars Blek and Speedwax amongst others. ~ Andy Kellman, Rovi