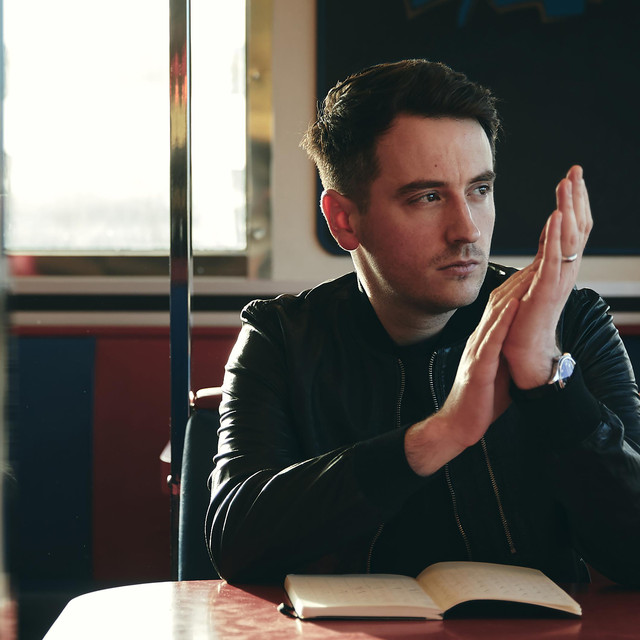 2021 has been a major breakthrough year for RJ Thompson. A familiar name on the UK independent music scene having toured extensively with artists such as Jools Holland and Gabrielle Aplin, the physical release of his second album Lifeline has landed Thompson a coveted Number 5 spot in the Official UK Album Charts as of 19th March 2021. Usually reserved for major label artists, Thompson has broken the mould through great songwriting and production, great forward-thinking marketing, and a renewed focus on the romance and experience of owning a physical piece of music. Born and raised in the North East of England, Thompson’s indie-pop sensibilities and love of all things analogue have seen his artistry sidestep the more typical modern-day singer-songwriter sound. Dubbed ‘Synth Springsteen’ by the UK media due to his ability to merge great storytelling with his signature nostalgic sound, he is heavily influenced by artists like Beck, Brandon Flowers and Bleachers. Having started his journey in the backstreet pubs and clubs of the North-East, he has gone on to perform all over Europe including at The Royal Albert Hall in London, where he supported Jools Holland. His 2018 debut album, Echo Chamber, was a contemporary take on nostalgic music and wider culture with a distinctly retro production technique. It gained critical acclaim and helped to cement him as an artist to watch. Tracks from his previous releases have been supported by BBC Radio 2, 6 Music and BBC Introducing.