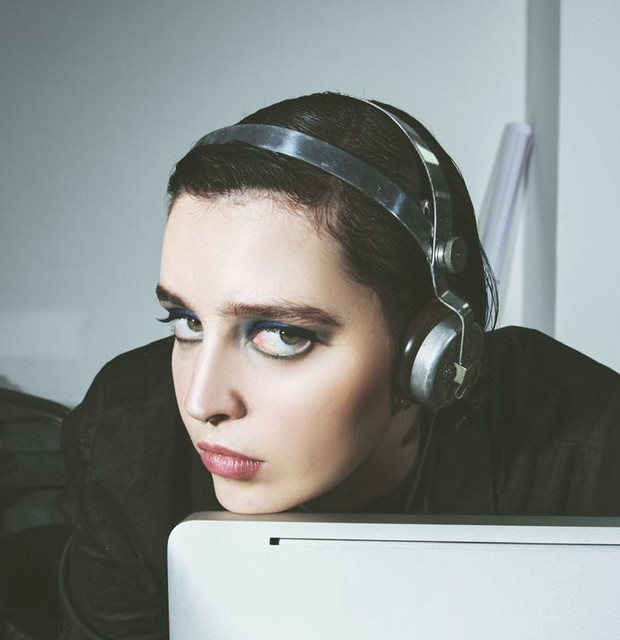 Assuming the moniker Gia Ford, 23 year-old Molly McCormick reaches for a name that is punchy, reminiscent of 80s American pop culture. This new identity allows her to reach into fashion as a heightened version of herself, and leaks into her music, allowing her to create a world within a world..   With touches of the early films of Tarantino, camp-y noir horror and Black Mirror, her new EP Murder In The Dark shows the pinwheel of darker human emotions, but retains a fun element, both visually and sonically. It’s a pointer toward a storyteller’s future for Gia Ford’s ever-evolving creative persona.