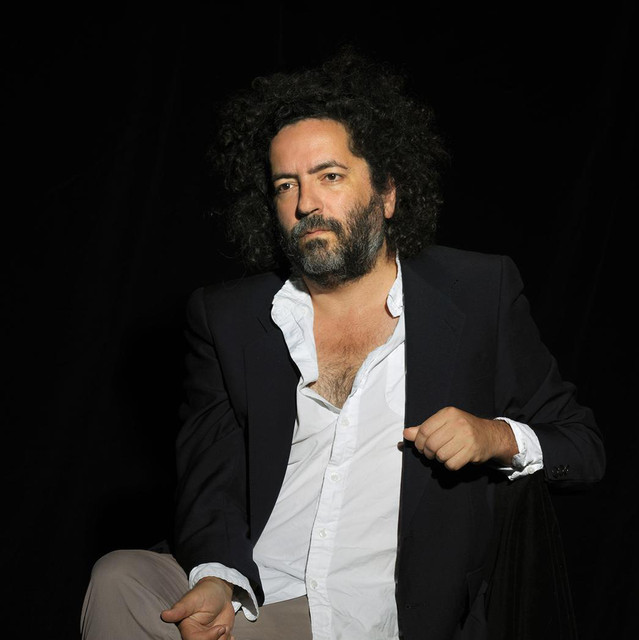 Dan Bejar started Destroyer as a solo project in Vancouver in 1995. His first album, We'll Build Them a Golden Bridge, was an electric folk record, setting the stage for the early Bowie comparisons that were certain to follow his particular vocal style. In 1998, Bejar added a rhythm section and took it into the studio for the first time. The resulting recording, City of Daughters, was a sparsely produced collection of catchy pop songs in which Bejar's increasingly obtuse lyrics really started to stand out. Thief, again recorded in Vancouver, was released in 2000, but by then the lineup had expanded into a quintet. The sparse production and the Bowie comparisons remained, but Bejar's cryptic lyrics and unique voice gave this rant against the music industry an original quality that stood out from many of that year's releases. In the meantime, Bejar, along with Carl Newman of Zumpano, was one of the songwriters responsible for the much-acclaimed New Pornographers debut, Mass Romantic (Mint Records), released that same year. In 2001, Destroyer's fourth album, Streethawk: A Seduction, picked up right where Thief left off. His next release, 2002's This Night, was an oblique and melodic album that portrayed Bejar as a ranting, depressed singer. It marked his first record for Merge. Arguably his quirkiest material yet was captured on 2004's Your Blues. Bejar collaborated with touring partners Frog Eyes on 2005's Notorious Lightning and Other Works, a six-track EP containing re-recorded versions of material from Your Blues with Frog Eyes as the backing band. He also contributed three songs to the New Pornographers' critically acclaimed Top 50 album Twin Cinema and spent the better part of that year on tour with the Canadian supergroup. February 2006 saw the release of Destroyer's Rubies, a return to the guitar-based sound of This Night with a touch of Streethawk-era drama. After devoting some more time to the New Pornographers, Swan Lake, and a collaboration with visual artist Sydney Vermont called Hello, Blue Roses, Bejar returned to the sanctuary of his solo project and released his eighth record, Trouble in Dreams, in March of 2008. The following year saw Swan Lake's second outing, Enemy Mine, as well as the ambient Bay of Pigs EP (Destroyer). He contributed three tracks to the New Pornographers' fifth studio album, 2010's Together, before releasing 2011's Kaputt, his ninth LP under the Destroyer moniker and first to appear on the Billboard 200. In 2013, Bejar issued the Five Spanish Songs EP, which featured material written by Spanish musician Antonio Luque of the band Sr. Chinarro. The following summer brought the well-received sixth New Pornographers record, Brill Bruisers, which included three Bejar-penned tunes. A second Hello, Blue Roses album appeared in February 2015 (WZO), and Destroyer's strings- and horns-imbued, New York-themed epic, Poison Season, followed that summer. It returned the project to the Billboard 200. In the spring of 2017, the New Pornographers released their first LP without Bejar (Whiteout Conditions). Appropriating the original title of Suede's song "The Wild Ones," Destroyer emerged that fall with Ken. In January 2020, Bejar presented his 11th album as Destroyer, Have We Met, which he described as his belated version of a Y2K album, in terms of both lyrical themes and musical personality, with arrangements heavy in vintage synthesizers. ~ Terrance Miles, Rovi