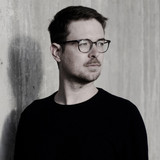 Achim Gössl was born and raised near the town of Würzburg, Germany. He started playing the organ at the age of 9 and gradually discovered his love for piano along the way. Although most of his skills are self-taught, he refined his knowledge through additional lessons and workshops. After graduating with a diploma in Geography in 2012 he decided to start working as a full-time musician, as he was mainly focusing on music after all. For almost 20 years, he has been active in the music industry and has experience in playing a large number of international live shows, teaching piano, keyboards and coaching bands. He has also worked as an in-house sound designer for an established German mobile games company, produced music for different bands and scored several short films, video games, theatre plays and ad films.