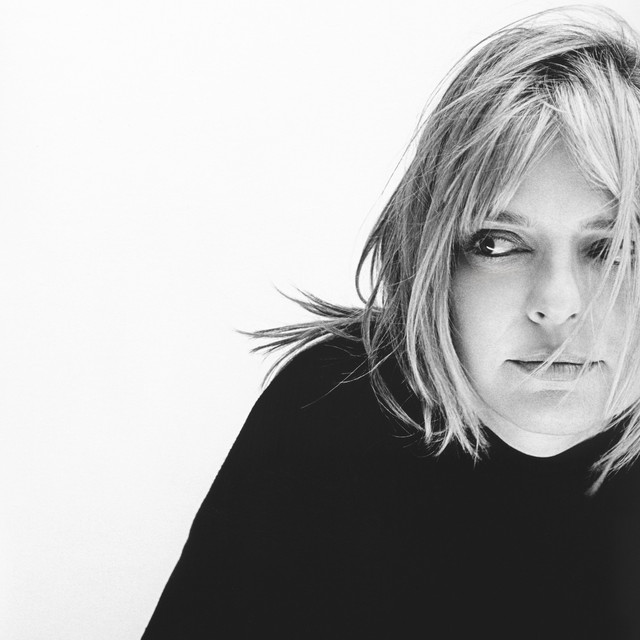 Although best known as the perky teenager who won the 1965 Eurovision Song Contest with the Serge Gainsbourg-penned "Poupée de Cire, Poupée de Son," that entry only marked the beginning of a long and fruitful career for French pop singer France Gall. One of the original yé-yé girls, she stood alongside other singers including Sylvie Vartan, Françoise Hardy, and Chantal Goya, in bringing the nascent pop style to the charts; it was called "yé-yé" as a nod to British Invasion bands and their "yeah-yeah" refrains. Gall also scored another, far more controversial hit with Gainsbourg's "Les Sucettes, which translates to "Lollipops." It was packed with obvious double-entendres that the singer claimed not to know existed. The blatant sexuality, coupled with the naive innocence of the teenage singer, marked her career in the annals of pop history. She had a lengthy and more varied career, releasing consistently solid records for another three decades, including 1973's self-titled offering, Débranche! in 1984, 1992's Double Jeu (with husband Michel Berger shortly before his death that year), and finally, France, in 1996 (its songs were all composed by Berger). Although she was known as a cult figure in the rest of the world, in her native country, Gall remained a major star and beloved cultural figure until her death in 2018 at age 70. Born Isabelle Geneviève Marie Anne Gall in Paris on October 9, 1947, she was the daughter of French performer and producer Roger Gall, who had written songs for Édith Piaf and Charles Aznavour and singer Cécile Berthier. At age 15 in 1962, Gall was encouraged by her father to record some songs and send the professionally cut demos to music publisher Denis Bourgeois, who signed her to the Philips label immediately. The four-track EP Ne Sois Pas Si Bete (the standard in French pop music release format at the time) was an enormous hit, selling over 200,000 copies in France thanks both to the irresistible title track and the absolutely stunning cover photo. Gall released a series of similarly successful pop hits for the next several years, peaking with winning the Eurovision Song Contest in 1965. Though many dismissed Gall as merely a Francophone Lesley Gore making fluffy and ultra-commercial pop songs with little substance, her hits from the era have endured the test of time. Her only real peer was Françoise Hardy, who was also making consistently fine records during this era. Although Gall's high, breathy voice was admittedly somewhat limited, she made the most of it. Even deliberately trite hits such as "Sacre Charlemagne," a duet with a pair of puppets from a popular children's show on French TV, have an infectious charm. More substantive tunes, such as the sultry jazz-tinged ballad "Pense a Moi" and the brilliant rocker "Laisse Tomber les Filles," are easily as good as any pop single produced in the U.S. or Great Britain at the time. In 1966, Gall's public persona shifted into a more mature phase, both musically and personally. The change came with that year's controversial hit "Les Sucettes." Though on the surface the Serge Gainsbourg-penned tune was a pretty little song about a young girl and her lollipop, the unmistakable subtext of the sly lyrics meant that the not-yet-18-year-old Gall was singing approvingly (and, she later claimed, completely unknowingly) about oral sex (that said, she refused to lick a lollipop for an appearance on national French television. Les Sucettes and its follow-up, Baby Pop, are among Gall's finest recorded moments; they are more musically sophisticated and varied than her early hits, yet remain just as catchy. The psychedelic era found Gall, under Gainsbourg's tutelage, singing increasingly strange songs, like "Teenie Weenie Boppie" (a bizarre tune about a deadly LSD trip that somehow involves Mick Jagger) set to some of Gainsbourg's most out-there arrangements. The excellent 1968 is Gall's best album from the period, with "Teenie Weenie Boppie," the trippy "Nefertiti," and the slinky, jazzy "Bebe Requin." Like other stars of the '60s yé-yé scene, Gall's career took a downturn in the early '70s. No longer a teenager, but without a new persona to redefine herself (and without the help of Gainsbourg, whose time was taken by his own albums and those of his wife Jane Birkin's), Gall floundered both commercially and artistically. At the end of 1968 (the year of the historic strike and other major cultural upheavals in France), at the age 21, Gall separated from Denis Bourgeois upon the expiration of her contract with Philips. She moved to a new record label, La Compagnie, in 1969, with which her father had signed a contract. She issued two covers: one Italian ("L'Orage/La Pioggia"), the other British ("The Storm"). Marginally successful, she also released "Les Années Folles," penned by Barbara Ruskin. Further singles including "Des Gens Bien Elevés," "La Manille et la Tévolution," "Zozoï," and "Éléphants" were largely ignored by radio and the record-buying public. La Compagnie went bankrupt within three years of its creation. Gall regularly recorded in Germany between 1966 and 1972, in particular with composer and orchestrator Werner Müller. She had a successful run in West Germany with songs penned by Horst Buchholz and Giorgio Moroder, including "Love, l'Amour und Liebe" (1967), "Hippie, Hippie" (1968), "Ich Liebe Dich, so Wie Du Bist" ("I Love You the Way You Are"), and "Mein Herz Kann Man Nicht

Kaufen" ("My Heart Is Not for Sale") (1970). She had other hits in Germany as well that were far more mainstream but less popular on the charts. The early '70s were rough for Gall's career. Although she was the first artist to be recorded in France for Atlantic Records in 1971, her subsequent singles, "C'est Cela L'Amour" (1971) and "Chasse Neige" (1971), failed to chart. In 1972, Gall recorded her final songs by Gainsbourg with "Frankenstein" and "Les Petits Ballons," but these too failed commercially. The results of her collaboration with Jean-Michel Rivat as artistic director, "La Quatrieme Chose" (1972), "Par Plaisir," and "Plus Haut Que Moi" (1973) also failed to meet marketplace expectations. In 1973, Gall heard singer/songwriter Michel Berger's single "Attends-Moi." She became obsessed with the track and with the consistent quality of Berger's work. After meeting him through a radio broadcast she asked if he would consider collaborating with her and offer his opinion on some songs her producer wanted her to record. Berger was visibly disconcerted by their lack of quality, but assented to the collaboration without reservation, given the professional acumen displayed in her singing. Six months later, in 1974, after recording vocals for Berger's song "Mon Fils Rira du Rock 'n' Roll," Gall's publisher formally asked him to write for her. (She'd already made her mind up that he was the only songwriter she would work with.) In 1974, "La Déclaration D'Amour" was the first in a long line of hits that marked a turning point in Gall's career, cementing the partnership between herself and Berger. The two fell in love and married in June of 1976. Afterwards, Gall sang Berger's songs exclusively until his death. Berger took over managing his wife's entire career with 1975's France Gall, the album that re-established her popularity across Europe. Berger's middle-of-the-road soft rock writing style was quite slick and commercial; Gall added her authority to his songs and as a result, she became a more technically adept singer. In 1978, Berger encouraged her to take on musical theater. She trod the boards at the Théâtre des Champs-Élysées (where she had auditioned some 15 years earlier) and starred in the show Made in France. Its most novel aspect was that, save for the Brazilian drag act Les Étoiles, the entire orchestra, choir, and dance troupe were comprised exclusively of female members. In 1979, Gall starred in the cast of the rock opera Starmania; its music was composed by Berger and the story was penned by Québécois author Luc Plamondon. The show played for a month at Palais des Congrès de Paris (an atypical positive response for Paris). In 1982, Gall rehearsed there to present Tout Pour la Musique, an innovative show marked by its use of electronic music. During the remainder of the '80s, the authority and quality of her singing continued to surprise and impress both critics and fans. Three of her albums -- Débranche! (1984), Babacar (1987), and the live Tour de France (1988) -- were major chart successes, and they remain enduring testaments to her mature artistry. The '90s were a horrible decade for Gall personally. In 1992, Berger died suddenly of a heart attack at age 46. A year later, Gall was diagnosed with and treated for breast cancer. She announced her retirement after Berger's death to look after the pair's two children, then reconsidered and resumed her career with 1996's France, a tender tribute to her partner and mentor. A new generation began discovering her work when Heavenly covered her Serge Gainsbourg-penned hit "Nous Ne Sommes Pas des Anges" on Operation Heavenly. The following year, however, tragedy returned: Gall's and Berger's daughter Pauline died of cystic fibrosis at the age of 19. She recorded the single "Resiste" in 1997 but seldom appeared in public after Pauline's death. She did, however, remain active in charity work.