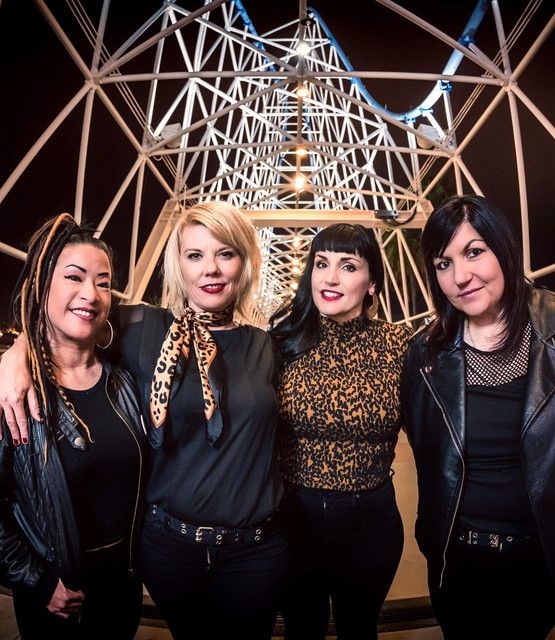 Formed in 2011, Bad Cop/Bad Cop are a Los Angeles-based, all-female punk band with a heavy, hook-laden sound. Along with singer/songwriter Stacey Dee , co-songwriter and singer/guitarist Jennie Cotterill, bassist/singer Linh Le and drummer Myra Gallarza, the band places an emphasis on big melodies and three-part harmonies as evidenced on their 2014 debut EP Boss Lady. Having recorded the EP independently in 2013, Dee convinced friend Fat Mike of legendary punk label spotify:search:label%3A%22Fat+Wreck%22 to come see the band perform at the Lilith Bear Womyn's Festival in San Francisco. He signed them within a week of the show and released Boss Lady the following spring. Their sound drew comparisons to early-'90s punk and alternative bands like The Muffs, Face To Face, and No Use For A Name, though pop elements of The Go-Go's (a noted early influence of Dee's) could also be heard. Their full-length debut, Not Sorry, arrived in June 2015, Second full length Warriors, arrived in June 2017 and their Third full length album The Ride is scheduled to be released June 2020