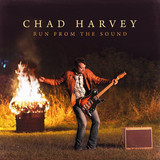 Following the successful release of Run From The Sound (2020, Indie 500 Records), which made its way onto the Americana Top 100 chart, Chad Harvey continues the momentum with “Get A Leg Up.” At his core, Harvey is a heartland rock leaning singer-songwriter so it’s a fitting song choice. The song-—penned by John Mellencamp—came across Harvey at a young age. “Mellencamp’s Whenever We Wanted album is my favorite of his and ‘Get A Leg Up’ was the lead single,” says Harvey. “The record came out when I was a teenager and I loved it!” “I’m writing and performing the stories of my life—some truth, some lies, but all real American music,” says the expressive Harvey. “I want people to come away from my shows thinking this is a roots rock guy that plays with the energy of a punk rock band.” That’s the edge fans can expect from his hard-hitting “Heyburn,” which caught the ears of Americana Highways which raved: “with a Neo-classic rock style, Chad Harvey will hit you where your heartland vibes live.” American Songwriter backed that sentiment saying, “Harvey carries on the unique sounds that echo from the Heartland. He is a gifted writer with a natural tendency toward a Gibson 6-string and a warm Midwestern drawl that helps tell his stories.” To kick off the album’s promotional efforts, DittyTV partnered with Harvey on the project to debut the official music video for “Heyburn” and aired it on their show “The Curve.”