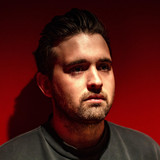 Thomas Farnon is a British composer born in Guernsey. His music is known for being emotional, melodic and vivid with his musical style being showcased in his releases “A”, “Reverie” and “Solace” on the Chromium Music Group label. His latest release “Impromptu No.1′ has gone onto be streamed over 4 million times to date. From 2010- 2016 Thomas worked with Lorne Balfe, Rupert Gregson-Williams and Hans Zimmer, contributing music for films such as: ‘The Legend of Tarzan’, ‘Hacksaw Ridge’, ‘The Ridiculous 6’, ‘Wonder Woman’, ‘Churchill’, ‘Dough’, ‘American Hero’ and ‘Open Season: Scared Silly’ In 2017 alonside Lorne Balfe and Max Aruj, Thomas produced the score for Warner Bros’s “The Lego Batman Movie”. In 2018, Thomas was one of the founders of Chromium Music Group, a modern-classical publisher and record label based in London. Thomas has released numerous commercial albums through Chromium, which as well as commercial sucsess have also frequently been heard on films, tv and advertising – a recent example of which, Thomas’s track Hourglass being used for the NHS’s campaign “We Are the NHS”. Thomas is currently working on his next orchestral album, with recordings having started in August 2020 and finishing in July 2021. Upcoming projects include Uzo Oleh’s film “Edicius”, and the score to THQ Nordic and Logic Artists’s new game “Expeditions:Rome”.