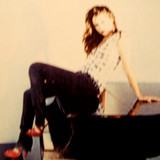 By the time she was 8 years old, Brandi Nichole Flores had a notebook full of songs she had composed at her mothers piano by ear. Her parents, both young musicians themselves, encouraged her creativity by building a home studio in their garage, where she learned how to write and record herself before she was in middle school. After a few years of cutting her teeth on local talent show stages, 16-year-old Flores was signed to Epic Records. Six years, two record deals, three tours, and two shelved albums later, Nikki realized she had very little control of the music she was making. She was dropped from her label contract, and to pay the bills, went on to become the go-to demo singer for producers like Rodney Jerkins and RedOne. Her natural ability for harmonies and life long studio experience kept producers calling, and paved a way for Nikki to learn the ropes directly from some of the best to have ever produced pop records. In 2015, now under the guidance of BMG music publishing, Nikki turned her attention back to writing songs, this time with a specific focus on female singer/songwriters. She found her niche working closely with young power-houses like JoJo and Hayley Kiyoko; even lending her pen to two Grammy nominated albums with Nas “Life Is Good” and Mya’s “Smoove Jones”. She continues to follow her passion advocating for artists, as well as writing & producing a solo project under an alias.