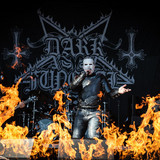 FINALLY, A NEW ALBUM IS RECORDED! MORE INFO TO BE ANNOUNCED SOON...Formed in 1993 by Lord Ahriman and Blackmoon (RIP.). Releasing the classic self-titled & self-financed MCD just a year later, it was “The Secrets Of The Black Arts” which quickly turned DARK FUNERAL into one of the leading acts of the second wave of black metal next to other legends such as Emperor & Dark Throne. In the ensuing years a string of truly merciless studio albums, worldwide tours, festival shows, and impressive live performances kept them not only in high demand on the live circuit but also resulted in a strong bond with a maniacal global fan-base, who supported them through thick and thin. A new aeon begun with the release of DARK FUNERAL's 6th studio album, “Where Shadows Forever Reign”, produced by Daniel Bergstrand (In Flames, Dimmu Borgir, Behemoth), which not only visually refers back to the aforementioned first offering due to its stunning artwork by Necrolord, but also marks a debut of sorts: The first DARK FUNERAL album with new vocalist Heljarmadr. His vitriolic snarl finds a perfect match in Lord Ahriman’s trademark riffing, and shines on the intense opening track, which would not have felt out of place on 1998's “Vobiscum Satanas”, as well as on the slower epic, “As I Ascend”, or the grim finale “Where Shadows Forever Reign”. The album was awarded by Swedish P3 Guld & German Metal Hammer Award. In October 2018 Lord Ahriman received SKAP's Metal Award as a songwriter.