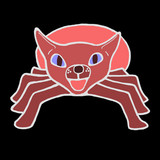 We are Badger, Ratty, and Dog. We live on a farm in Sussex, UK, and make epic, progressive, retro rock/pop. We are not a spider, or a cat. Badger Brewington on Bass, Vocals, and keys, Ratty Hadders on guitar, and Doggy Dunton on drums. Coalescing in the summer of 2018 in a barn at Spidercat farm near Lewes. We performed a single secret gig at the farm to an audience of fellow small mammals in mid 2019, but have not been seen since. We are influenced by the golden era of 60’s and 70’s music, love, peace, and chocolate biscuits. Two members of Spidercat were once quite successful in Japan.