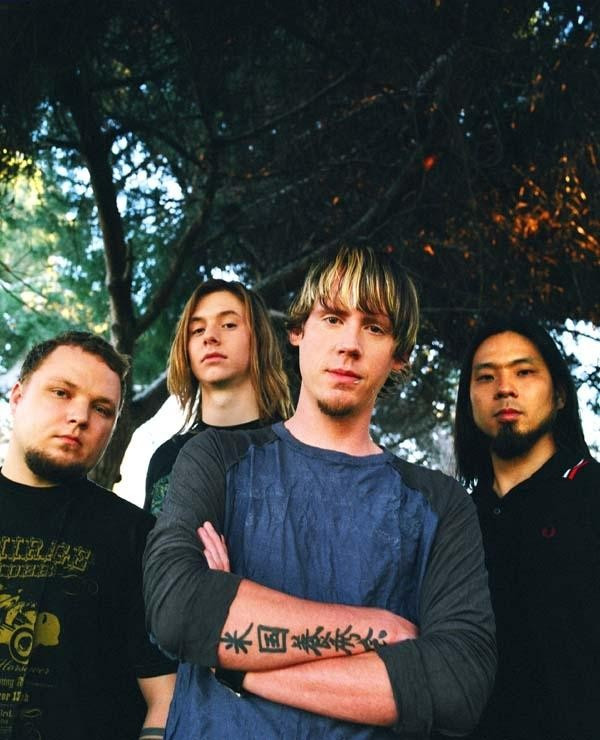 Alternative metal outfit Trust Company (also referred to as TRUSTcompany and TRUST*CO) formed in Montgomery, AL, circa 1997 around Kevin Palmer (vocals/guitar) and Jason Singleton (drums). The two met after high school, initially playing in a local band together before breaking off to create their own group. Distinguishing themselves from the alt-rock pack in their merger of melody with guitar-driven metal, the group took influence from the likes of Pantera, the Smashing Pumpkins, and the Deftones. With Josh Moates on bass, the band played for three years as a trio; they recruited second guitarist James Fukai in 2000. Self-described as weekend warriors who refused to play covers, the guys played wherever people would have them, aptly covering the Southeast (and as far west as Texas) in their efforts to get noticed and get signed. Eventually hooking up with Dcide Records, Trust Company later found themselves on the roster at Geffen. Originally called 41 Down, the band would change its name to Trust Company prior to releasing its debut full-length to avoid confusion with Canadian pop-punkers Sum 41. The Lonely Position of Neutral appeared in mid-2002 and produced two moderately successful singles, "Downfall" and "Running from Me." Tours with bands like Korn, 30 Seconds to Mars, and Papa Roach followed, and the album was eventually certified gold. Trust Company followed up three years later with True Parallels, and supporting tours marked the debut of new bassist Walker Warren. Palmer exited the group in August 2005 for personal reasons; the band broke up soon afterward. Palmer and Moates went on to form Amity Lane with Palmer's wife, Layla, while Fukai turned his attention to the instrumental metal group Hematovore. ~ Corey Apar, Rovi