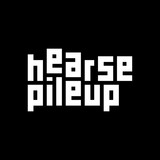 Hearse Pileup is but one of the remaining living corpses that roam the wastelands of London, supposedly a major cradle of rock 'n' roll. It's un-living heart, if you like. Between homogenised ashen Starbucks and Westfields you can possibly find them if you look hard enough, in one of the surviving toilet venues or squatted spaces. If you crave hearing something 'real', then maybe you've come to the right place. You can expect to be on the receiving end of loud, angry warnings, doomsaying of an alarmingly impending future, and the occasional distress call delivered though recounting of self-destructive behaviour. Matt Gaffen started the band soon after taking part in UCL occupation, his first serious brush with politics. He tries to express the often complicated issues he has built an awareness of in a direct, guttural manner, in an attempt to broadcast a wakeup call to anyone who will listen. Hearse Pileup have played much of London's toilet circuit in search of the last vestiges on a music scene that still supports independent music and bands. They have had the good fortune to play such venues as The Bird's Nest, The Amersham Arms, New Cross Inn, The Windmill and The 12 Bar. They have also played many occupations, most notably the final ever night of music in the 12 bar, the night before the police kicked the door in. If you enjoy Hearse Pileup, you might also consider checking out: Little Death Machine Trevor's Head Cavalli ZAD