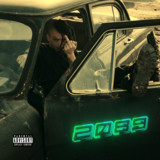 Killa Fonic has a truly unique style, with brutally honest lyrics and deeply expressive music videos. He is a genuinely chameleonic artist, being able to shift between all different kinds of styles. His first mixtape, Lord de Cartier, released in 2013 was produced and mastered by Killa Fonic himself. His first album as a solo artist is Ramses 1989 (2016), followed by Lama Crima (2017), Trendsetter (2019) and III (2020). Killa Fonic was part of the Șatra B.E.N.Z. Group, along which he released the albums „O.$.O.D.” (2015) and „O.$.O.D. II” (2017). In 2019, Killa Fonic left Șatra B.E.N.Z, focusing solely on his solo act. Since then, he has released a wide range of tracks, such as: MAMBO, Richie Rich, NIMENI, Lucifer, HAOLO feat. NANE, Bambolina feat. Carla’s Dreams, Miami Bici, Go Gettas, and so many more! With a devilish charm, an all-range talent and an extremely exciting stage presence, Killa Fonic is definitely one to follow, you never know what he’s gonna bring next!