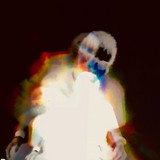 Party thrower since the mid-'90s, Berlin-based DJ and producer M.A.N.D.Y. aka Patrick Bodmer became visible within the dance community on a global scale shortly after the release of the first two mix albums, Get Physical (which summarized the label of the same name's first two years) and the initial volume in the Get Physical label's Body Language series. M.A.N.D.Y. and Booka Shade often collaborated on remixes and tracks, including a 2005 hit single also called "Body Language" and the remake of Laurie Andersons "O Supaman"

Bodmer and his former band partner Philipp Jung, along with DJ T. and Booka Shade, were responsible for Get Physical, which became one of Germany's most popular dance labels by its tenth release. M.A.N.D.Y. subsequently provided mixes for other labels, including At the Controls (Resist, 2006), Fabric 38 (Fabric, 2008) and Renaissance: The Mix Collection (Renaissance, 2009).