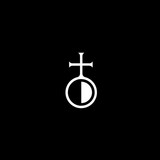 Matías Jerez is a singer, composer, producer and filmmaker. He was born in the city of Salta, Argentina in 1992. Graduated in Image and Sound Design from the University of Buenos Aires in 2018, he works as a director and screenwriter with a focus on documentary aesthetics. He works as an independent musician and soundtrack producer. On his works he creates musical and visual collages of wide variety of genres. The value of this style lies on a constant reinvention, musical and aesthetical innovation that pursuit a distorted point of view in contrast of the hegemonic conservativism, traditions and the imagery of North Argentina. The emphasis on textures, the usage of recording and the depth of sound showcase influences that go from Venezuelan musician Arca, to the more eclectic Haruomi Hosono, whilst insert sharp rhymes who in an attempt of distancing themselves from conventional Trap, take things from classic Hip Hop and its outcry.