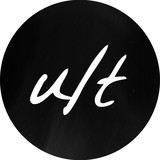 ultradian is an ambient/electro composer from Hamburg, Germany, born in 1978. His music can be described as Ambient Noir as he combines progressive themes and noir style guitar play with ambient soundscapes. The sound is influenced by 20’s film score, 70’s progressive rock and 80’s melancholic pop. After two short EPs from 2016 he released his first full-length album, Night and the City, in 2020 and one year later in 2021 his second album, Trip to the Moon, which features remixes of older tracks from 2014 to 2017. His third album is currently in the works and will be out later this year.