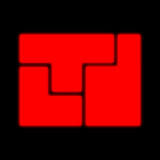 One man and his drum machines, synths, distorted guitars and screams. Andrea 'Boma' Boccarusso is a multi-instrumentalist from Italy that has been around in the italian metal scene for years. His fortunate youtube channel has gained hundreds of thousands of subscribers and millions of views in the last 3 years (2019). Andrea has decided to pursue his solo work in an unconventional way for a metalhead: merging his heavy vibe with the love for electronic and industrial music. 'Lock The Basement' started as a studio project in 2015. Andrea wanted to write songs in a different way from the past, deciding to create an entity where he could be something distant with a different temper from the straightforward metal he used to write until that moment. After 2 LPs and 1 EP Andrea decided to bring this music live at the end of 2019. The challange of this band is to bring music that can be powerful, easy, crossover and refined at the same time. Single after single, album after album this wish will become reality