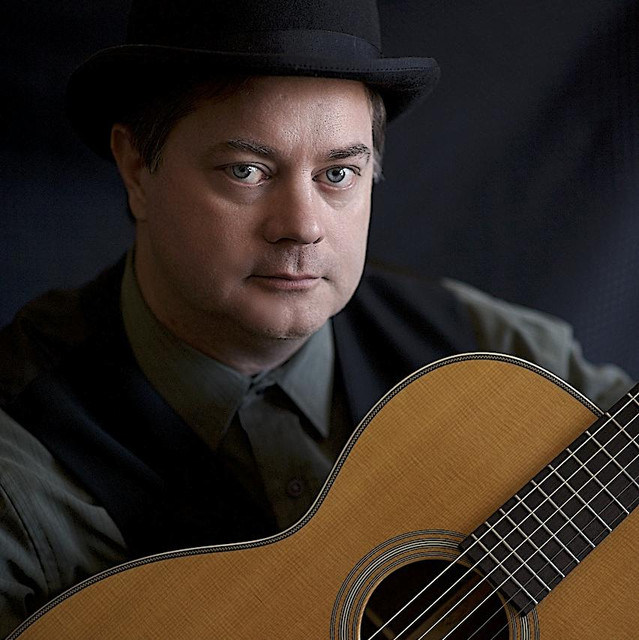 Charlie Mosbrook is an award-winning songwriter, performer, and advocate for American folk music. Beginning his career in 1988 as a street musician, he quickly became a popular open mic host throughout Northeast Ohio. From these early roots he nurtured his songwriting, musicianship, and stagecraft and today performs for major festivals and concert series throughout the US. His recordings of original and traditional songs have earned him rotation on many popular folk radio programs around the world. As a folk music advocate Charlie continues to organize local open mics and serves as the president for Folknet and vice president to FARM (Folk Alliance Region Midwest) In the summer of 2018 Charlie’s song “Remember Who We Are” earned him 2nd place in the Woody Guthrie Folk Festival Songwriting contest. The honor included an invitation to perform on the mainstage during the festival. The recognition highlighted a long history of helping to continue the legacy of Guthrie’s music including a performance at the Rock and Roll Hall of Fame and Museum during its weeklong conference in 1996 titled Hard Travelin’: The Life and Legacy of Woody Guthrie. That performance received a credit in Robert Santelli’s book by the same name. Charlie has led Woody Guthrie workshops and performed his songs for schools, festivals, and libraries across the country. The Library of Congress American Folk Life Center has recorded Charlie performing Guthrie’s song “I Ain’t Got No Home”.