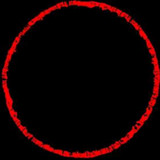 Wheel In The Sky

Featuring Wheel In The Sky

Wheel In The Sky was formed in 2014 by David Berlin (former member of the hyped 90's psychedelia act Mother Superior), Einar Petersson, Daniel Uggla and Carl Norman. Their first full length record, "Heading For The Night" was released in 2015, and can be described as the perfect mixture between energetic rock and sixties garage spiced with the urgency of punk and a hint of postrock angst. They returned in 2018 with their second LP "Beyond The Pale" which made the perfect follow up to their debut. Continuing on the same path, but with even more heartfelt guitars and haunting melodies. Combining flaming groove and reverby melancholy - "Beyond The Pale" is a concept album worthy of everyone's attention. 2020 saw the release of two singles - "Two Hearts Breaking" and "Chariot Of Fire!".