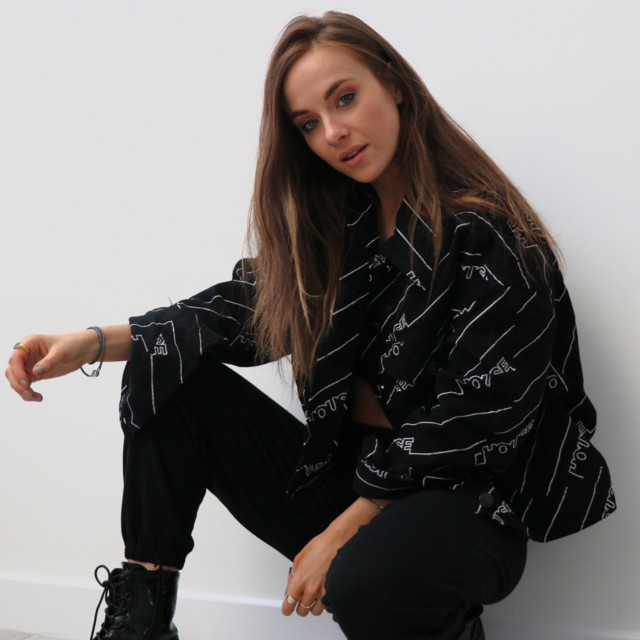 AmyElle has been tipped as one to keep an eye on by Danny Howard, Pete Tong & Jaguar Worldwide. She’s captured the attention from notable selectors (Gorgon City, Mark Knight, Diplo) with her first set of releases and energetic sets. Texas born and classically trained, Amy bought every NOW! CD when she was little. Raving and dance music weren’t on her radar growing up; her parents blasted Bach, Genesis, Dire Straits and The Cranberries around the house. “My Mum and Dad’s CD collection was stupidly big.” Amy’s debut releases have received wide critical acclaim (Mixmag, Pioneer, Data Transmission). Signing to London-based Another Rhythm in 2019, she is now hosting her own radio shows while her music can be heard on BBC Radio 1, Apple Radio, Kiss FM and Triple J. She takes inspiration from John Barry, Lambert, Kolsch & Hot Since 82 but is also influenced by old Chicago House records that have “stood the test time.”

“I want to make music that gives you the chills. Whether it’s shamefully melodic or a nuance in my productions. It’s got to have some soul. I write music that I want to go bigger than a specific scene or genre.” Her debut live shows will see Amy playing alongside Skream, Jamie Jones, Joris Voorn, Maya Jane Coles, Prospa & Tommy Farrow. contact@amyelle.com