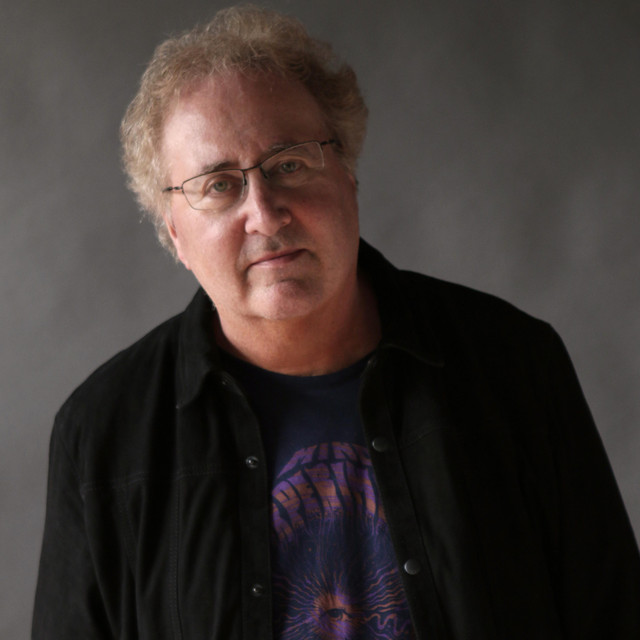 Jason Miles is a charting, award-winning composer, keyboardist, bandleader, producer, and arranger. A restless musical seeker, his work as a leader, sideman, and collaborator has ranged seamlessly across genres including jazz, fusion, and R&B, as well as pop, Brazilian, children's music, and country. Miles programmed synths on Miles Davis' Grammy-winning Tutu in 1986. His own outings began with 1994's acclaimed jazz-funk outing World Tour. He has also applied his many skills to the works of top-tier artists. 2000's Love Affair: The Music of Ivan Lins and Celebrating the Music of Weather Report were acclaimed for the depth of their inspiration and execution. 2005's Miles to Miles: In the Spirit of Miles Davis offered the trumpeter and his innovative inspiration tribute. He did the same thing for Marvin Gaye on What's Going On? Songs of Marvin Gaye in 2007. 2008's To Grover, With Love, was a star-studded jazz-funk appreciation of his former boss and colleague. Miles is a life-long fan of electronic music. He formed the group Global Noize for the purpose of exploring it in a world music context. Their debut, Prayer for the Planet, appeared in 2011. Miles formed Kind of New with trumpeter Ingrid Jensen. Their self-titled debut drew acclaim from London club DJs as well as jazz critics. The following year, Miles took To Grover, With Love across the Pacific and emerged with To Grover, With Love: Live in Japan. Born in Brooklyn, New York, Jason Miles attended Indiana State University in the '70s. At the height of the fusion revolution, Miles returned to New York to immerse himself in the Big Apple session scene and gradually gained acceptance from like-minded innovators in the highly competitive field of electronic music. By applying his innovative synth programming techniques, Miles got his feet planted firmly in the fusion world, a style that would rule the '70s. In 1979, he made his first recording as a leader, Cosmopolitan, which featured bassist Marcus Miller and trumpeter Michael Brecker. While it was never released, that project kicked off a continuous working relationship with both highly regarded artists. A longtime advocate of electronic music, Miles has been a well-respected figure on the New York studio scene since the '80s as a first-call keyboard programmer and player for A-list artists including Luther Vandross, Marcus Miller, Whitney Houston, Chaka Khan, Diana Ross, Aretha Franklin, David Sanborn, and Michael Jackson. In 1984, Miles programmed the synthesizers on Marcus Miller's Jamaica Boys and consistently worked with him through 1994. During this fertile period, the two collaborated on eight projects for Vandross and in 1986 provided the classic synthesizer programming for Miles Davis' Tutu. That project also solidified Miles' relationship with then Warner Bros. executive producer Tommy LiPuma and co-producer and musical arranger George Duke. He also worked with Miller on Davis's soundtrack Music from Siesta in 1986 and Amandla in 1989 The '90s proved to be a major turning point in Miles' career as a synthesist. Back-to-back projects for such top-name artists as longtime collaborator Michael Brecker's Now You See It...Now You Don't in 1990, Whitney Houston's I'm Your Baby Tonight also in 1990, Vandross' The Power of Love in 1991, and Michael Jackson's HIStory in 1995, among many others. These provided the perfect way for his pop and jazz musical accomplishments to be made known to a wider audience. Two solo outings, World Tour in 1994 and Mr. X in 1995, marked Miles' introduction as a bandleader. He called on friends and longtime collaborators Grover Washington, Jr., Herbie Mann, Steve Ferrone, and Michael Brecker for assistance. However, it was Miles' collaboration with the Telarc Jazz record label during the late '90s that provided his big breakthrough as a producer, composer, arranger, and performer. Miles had made significant forays into other media, including composing the award-winning score for the animated feature film The Snow Queen. In 1995, he produced and co-wrote the music for the Emmy nominated People: A Musical Celebration of Diversity, an animated film for the Disney Channel. In 1997, he and his wife Kathy Byalick released Visionary Path, a new age recording with narration by such artists as the then-unknown Diana Krall and award-winning vocalists Roberta Flack and Nona Hendryx, and actor F. Murray Abraham. Miles also produced an award-winning children's video for Phylicia Rashad's Rhymin' Time.

In 2000, the label released his highly acclaimed The Music of Weather Report, a star-studded tribute to the innovative and influential fusion group of the '70s. In 2001, Miles won a Grammy award for his production of A Love Affair: The Music of Ivan Lins. Calling it "the dream record of my life," the album included contributions from Sting, Vanessa Williams, Brenda Russell, and Lins. The third tribute CD in that triumvirate was recorded on Q Records and titled To Grover, With Love. The album was nominated for Record of the Year by the National Smooth Jazz Awards in 2002. Miles believes that the key to his success as a producer is his ability to consistently deliver the goods. "When you do stuff and you make it work, people eventually stop doubting your ability to pull it all together." That integrity and respect is apparent on his 2002 release for Q Records, Brazilian Nights Featuring Romero Lubambo. Once again, Miles pulls the crème de la crème of the music world together to perform some of Brazil's greatest songs. In 2005, Miles continued his tradition of tribute albums with Miles to Miles: In the Spirit of Miles Davis. A year later, he turned his attention to yet another of his idols, singer Marvin Gaye, with What's Going On?. His next album, Soul Summit in 2007, featured an all-star group of musicians including Susan Tedeschi, Karl Denson, Maysa, and others, performing live at the 2007 Berks Jazz Fest in Reading, Pennsylvania.