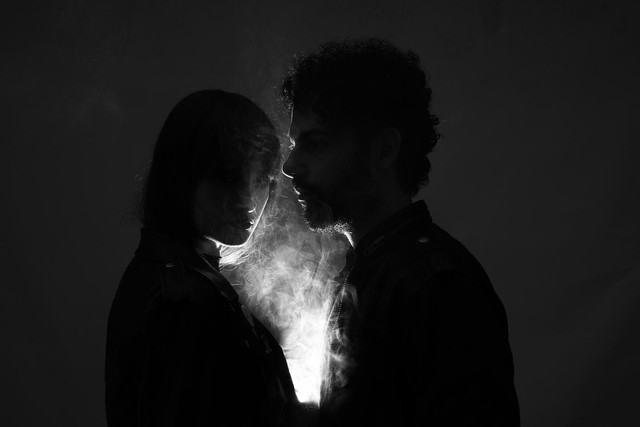 Electric Drama are Francesco and Mila. The Italian duo was born from a long love story accompanied by various musical projects, of which Electric Drama represents the actual embodiment. In 2018 they released their self-produced debut single Slowing Down, followed a few months later by the second single, Coincidence, also self produced. Dissolution is their third single after an almost 2-year hiatus in which they have accumulated material for their upcoming EP Mythologize. Their music is characterized by shoegaze sounds and dreamy atmospheres, melancholic and evanescence lyrics intertwine with ghostly voices that mirror the duo’s dark and mysterious visuals.