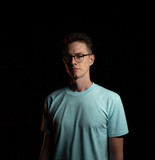 Mark Maxwell brings global and uplifting vibes to every dynamic performance. Inspired by the true pioneers of house, he is no stranger to steering his audience through the night or day, either forging an eager crowd in the early evening or guiding restless dancers until the sun rises. As a graduate from the Red Bull Music Academy, he has performed at each Defected Australia tour and supported artists such as Roger Sanchez, Nora En Pure, Illyus & Barrientos, Riva Starr and Danny Howard. Although he loves festival stages and nightclubs, his passion for music goes well beyond the thrill of mixing records. As a producer, he creates relentless grooves and intricate soundscapes. In 2019, his record Underground Vibe reached the #6 spot in the ARIA Club Chart. Keeping busy on the remix front himself, Mark has remixed The Potbelleez’ ‘Let The Music Do The Work’ (supported by Roger Sanchez) and his rework for Groove Armada’s ‘I See You Baby’ inspired a video by influential Youtube channel Street Player with 63k views. “For me it’s all about connecting with people through music. I’ll always be chasing that next wave of excitement that rushes over you when you look out into a crowd and the music is just right.”