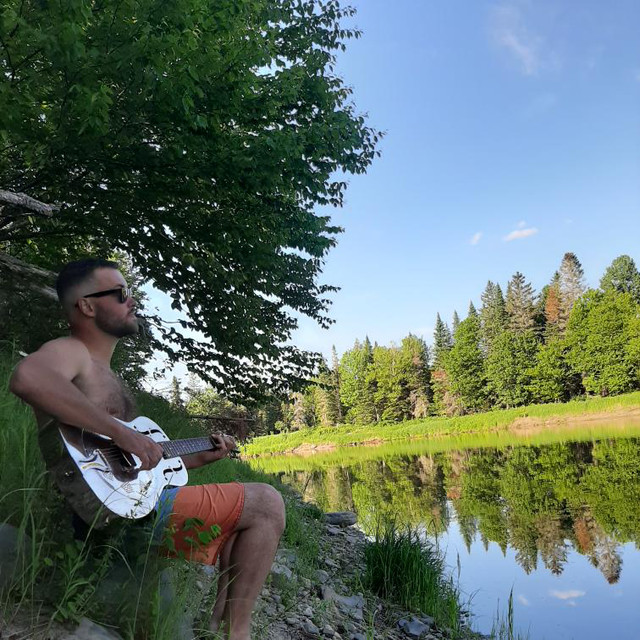 A few years back, Jon MacAulay and his band-mates were gearing up for a country gig, with plenty of time between sound-check and show time… what to do? MacAulay took them to a little fishing camp buried amongst the maples in the Quebec countryside; his favorite spot to write, practice, and generally decompress. Upon arrival, one of the boys looked at MacAulay and said with a laugh “I can see the checkered shirt isn’t an act”. When you listen to Jon’s music, his country upbringing and love for the outdoors and are unmistakable. As much a student of Dylan and Young as Kristofferson, Hendrix, and Wes Montgomery, Jon MacAulay is a veritable sponge drawing inspiration from a wide array of genres to create his deeply heartfelt and honest compositions. Jon’s first full-length album “What I’m Here” is set for release in the fall of 2020. The work has the singer-songwriter delving deeper into that rootsy, acoustic style that we’ve all come to know and love from him. It also showcases MacAulay’s edgier, more rock-influenced side as he plugs in the old strat throughout the album. A few singles will slowly start to be leaked over the course of the spring and early summer before the big drop so make sure to keep an eye out for what is to come!