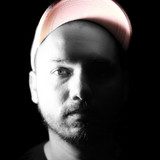 Mario Rodríguez, also known as That's Nice, is an independent artist and producer who loves to bring disco style into his productions. Turned heads in 2014 doing his first official remix for australian band All The Colours with his “Shame remix”. Premiering on Rolling Stone US (Online) and featured on MAJESTIC CASUAL youtube channel catching the attention of artists like Goldroom, Miami Horror, Zimmer; later to be included into their mixtapes.   That’s Nice made his way into the indie/nu-disco music community with his feel-good sound and positive energy. His signature sound has made him standout among producers. Remixing the likes of australia's ‘Miami Horror’, european popstar ‘INNA’, LA producer ‘Le Youth’, fantastic duo ‘French Horn Rebellion’, Netherlands producers ‘Keljet’. His production sound has led into collaboration with Miami Horror, Patterns, French Horn Rebellion, La Felix, etc.   With releases topping the charts on Hypem under most blogged artists and a solid repertoire of remixes under his belt, That’s Nice is hard at work to bring you more of his indie-disco-pop music.