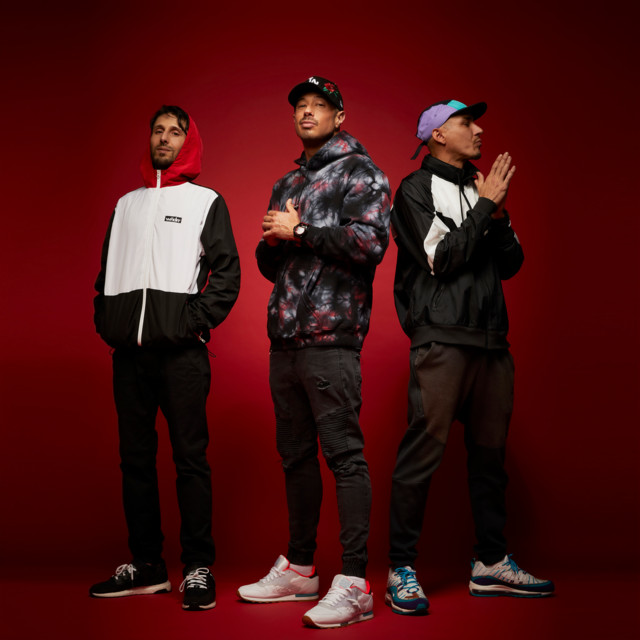 Blazing their much-awaited return with ‘Lighthouse’ (feat. Jake Isaac), Bliss n Eso find themselves continuing to push musical boundaries and dive to new thematic depths. With their last three albums debuting at #1, selling close to half a million records in Australia alone, various prestigious awards and accolades, an unprecedented live presence and the most loyal fanbase in the country, Bliss n Eso continue to push not only themselves, but hip-hop, forward in Australia. From an early stage in their career, the trio primarily built their fan base from their compelling and energetic live performances. An exhilarating blend of fluid rhymes and banging beats teamed with beat boxing, impromptu freestyling and seamless turntablism make their live shows a brand in their own right, and has seen the group hailed as one of the best live acts in the country. After years of touring with consistently powerful performances, Bliss n Eso settled down in 2004 to record their first full length album, Flowers In The Pavement. A virtual brainstorm on record, the emerging artists compiled track after track of wild expression through vibrant lyrics and production. The debut album met an overwhelming response from audiences and critics Australia wide. Since then, Bliss n Eso have released a further five albums and along the way have broken every record and barrier imaginable for an Australian hip-hop act. Over a decade later, Bliss n Eso continue to light the way.