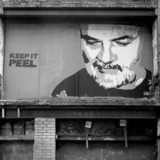 The Young Gods have been pushing the limits of sound for more than thirty years. They began as pioneers of industrial punk who flirted with surreal cabaret, and as sonic wizards they moved on to shamanize electro/techno music, all the while forging their own unique sound. In the process they became legends of the European scene. So what does the musical future of The Young Gods look like now? It started to take shape around Treichler, Pizzi and Trontin doing a public residence at the Cully Jazz Festival in 2015. Three years after, the 12th album of the band is ready. It was mixed in London by Alan Moulder. The release is planned for February 2019 and it will be followed by a European Tour in March and April and a subsequent World tour.