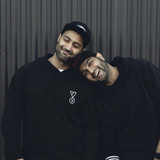 Elevven's meteoric rise began with their remix of Gabriel & Dresden’s ‘You’, subsequently named Above & Beyond’s top track of 2018 in DJ Mag. With singles including 'One Last Time' and 'Heartbeat Tonight' under their belt, the duo have continued to push the boundaries of trance music while their remixes for Armin van Buuren, Ferry Corsten, Cosmic Gate and Morgan Page have been hammered at festival stages around the world. Regularly featured on Armin van Buuren's A State of Trance and Above & Beyond's Group Therapy Radio, their recent performances at ASOT 900 Mexico City and ASOT 950 Utrecht have set the stage for a landmark 2021 for the Los Angeles-based duo.