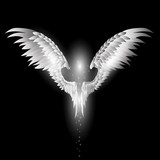 Gusti Ragg (GustiRagg, Ágúst Ragnarsson, nick named Gústi Ragg) Born in Reykjavík Iceland in the early 50´s. Started at young age his musical carrier back in 1966 with his friends from school. Since then he has been involved with lot of bands but started writing songs in the early 70´s. He released two albums with his brothers and also two solo albums, "Línur tvær" from 2011 and "From Soil To Spirit" in 2017, Also a few songs on various albums, Today he´s playing with his own band called FlashBack.