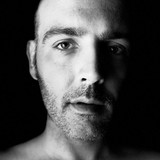 Gregory Douglass wants a better world for the future sustainability of independent music. He’s been crowdfunding his albums (before Kickstarter was around), streaming live concerts (before Facebook Live was around), and performing house concerts in his fan’s living rooms throughout the country. Now, he’s teamed up with Patreon to help fix what’s currently broken in the industry – a reliable stream of income for artists and creators. “I believe artist membership models like Patreon are on the right path to the future of creative sustainability. Music sales have plummeted but the expenses required to create and release new music remain the same. Artists cannot sustain their craft today without the vital support of their fans.” Learn more at www.patreon.com/gregorydouglass With ten (10) original studio albums independently released, Gregory Douglass' evocative pop sound blends “Rufus Wainwright’s opulent musicality and Justin Timberlake’s accessible soulfulness” (OUT Magazine). NPR’s Morning Edition coined him “one of New England’s best-kept secrets.” His song “Alibis” was featured in season one of Netflix original series The Rain, which sparked a fast-growing international following of his music. He has shared the stage with artists including Jason Mraz, They Might Be Giants, Regina Spektor, Shawn Colvin, and The Weepies, among others. Learn more at www.gregorydouglass.com