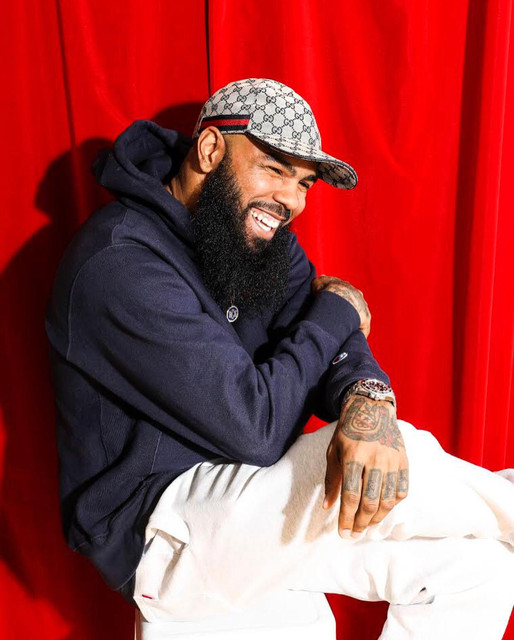 Self-starting lyrical rapper Stalley operated underground for years before he added a Midwest blue-collar element to the roster of Rick Ross' Maybach Music, the label that issued his Top Five R&B/hip-hop album Ohio (2014). Since then, the MC has continued to grow artistically with releases for an assortment of independent outlets and his own label, including New Wave and Another Level (both 2017), as well as Reflection of Self: The Head Trip (2019).

Born and raised in Massillon, Ohio, Kyle Myricks started writing rhymes and rapping in middle school, and with encouragement from his peers, he started recording, taking on the alias Stalley (short for stallion, as he was a basketball star). His aboveground debut was made in 2010 with an appearance on Curren$y's Pilot Talk. Lincoln Way Nights, his third mixtape, arrived in early 2011 and made a serious fan out of Rick Ross, who signed him to his Atlantic-affiliated Maybach Music Group, appeared on a commercial reissue of the tape, and placed him on MMG's Self Made, Vol. 1 compilation, all by the end of that year. During 2012 and 2013, Stalley was featured on Ross' God Forgives, I Don't and the second and third Self Made volumes, and issued a mixtape and Honest Cowboy, the latter of which became his first solo entry on Billboard's Hot R&B/Hip-Hop Albums chart. This and other work built anticipation for Stalley's first proper album, the uncompromised Ohio, which landed in October 2014 and entered the R&B/hip-hop chart at number five. The LP's guests ranged from Nipsey Hussle to De La Soul. After a couple intermediary mixtapes, Stalley left Maybach on good terms and went on to be supported by labels such as Real Talk Entertainment and Nature Sounds while developing his own label, Blue Collar Gang. In 2017 alone, he released the full-lengths New Wave and Another Level, plus the first in a series of EPs titled Tell the Truth, Shame the Devil. Two additional volumes of Shame the Devil preceded his 2019 album, Reflection of Self: The Head Trip. ~ Andy Kellman & David Jeffries, Rovi