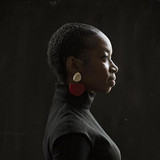 Sabrina Starke is an award winning singer-songwriter, producer, and self-empowerment ambassador residing in Rotterdam, The Netherlands. Her latest song ‘Learn to love’ was released on February 19th. A special project because she wrote the title song of the movie ‘Nieuw Licht’. A movie about de untold stories behind the dutch slavery past artworks of the Rijksmuseum. Sabrina has won a number of prestigious awards for her soul-soothing music, including two Edison Awards (Best Newcomer of 2009 & the Edison Jazzism People's Choice) and two Radio 6 Awards (Best Album 2013 & Best Song 2015). In less than a decade Sabrina has released 6 albums (and a multitude of singles). In 2008 she released her debut album “Yellow Brick Road” and the single ‘Do for Love’. When Blue Note picked up on it and decided to re-release the album, it stayed on the album charts for 52 consecutive weeks and became certified platinum. With the 10th anniversary of her singing-career, 2018 was a special year for Sabrina Starke. On September 28th she released her 6th studio album ‘Underneath the Surface’.

Sabrina debuted as an art curator of the exhibition ‘Who do you think you are?’ in 2019 in TENT Rotterdam. Further on her mission to inspire she developed a project called ‘ART=MIND. A mindfulness program for music artists. To support artists and to create mental health awareness. Armed with a guitar an a social heart, this artist will continue to share her talents & voice with the world.