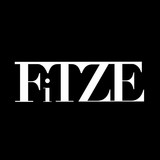 With feeling what makes a track good and standing out of the mass, Nikolay Bozov is young DJ and producer from Sofia, Bulgaria standing behind the FITZE project. His contact with the electronic came when he was 16 years old, passionate about the songs of artists like Mark Knight, Gorgon City, Fedde Le Grand, Marc Kinchen (MK), Nikki began to increasingly want to learn about the style he enjoyed so much. Two years after that he released his first track called 'Talk to Me' on well know label Housesessions Records under his name Nikolay Bozov, then he continued with another track called 'Deep Oceans' in Bedroom Recordings and finally in 2016 he released his remix of DJ Judi track called 'People are people' which is standing as most recognized track of Nikolay Bozov. Four years later he decided to take a new way by starting FITZE project and continue making people happy with his catchy, bass-heavy house tracks.