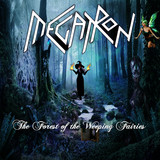 If you are looking for the usual electronic melodies that let you dance late into the night under the strobe lights then so expect a lot more than that. Here we aren't just talking about power at high volume, but about emotions, experiences, a journey between nostalgia and music in which it is easy to get lost and being dragged into an emotional trance. He is Megatron. Welcome to his world. A world made of syncopated and electronic rhythms where the main melody isn't only an invitation to dance, but above all to travel with the mind towards new unreachable horizons. After years of creating music and live performances, he retired from the stage, ignoring for a few years from that roar in his chest that whispered about going back to making music.....Until August 2018. When nostalgia for his musical creations overwhelmed him, he decided to return to the limelight, reinventing himself and thus demonstrating to his audience his ability to keep up with the times: his music exploded from the speakers of the Radio stations in Sweden, UK, Italy ,France, USA , Greece, India and more! Let yourself be carried away by the notes of his albums and turn listening into a real emotional journey.