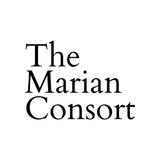 The Marian Consort is a Gramophone Award-nominated vocal ensemble, recognised for its innovative presentation of a broad range of repertoire. Led by founder and director, Rory McCleery, The Marian Consort performs across the UK, Europe and North America, and features regularly on BBC Radio 3. Praised by The Scotsman for ‘performances that glow with golden purity and soul’, the group is composed of the very best singers performing one to a part, allowing clarity of texture and subtlety of interpretation that illuminates the music for performer and audience alike. The Marian Consort’s repertoire encompasses music from the fifteenth century to the present day, with a particular focus on exploring lesser-known works. TMC is committed to creating new music, and has commissioned leading British composers including Cheryl Frances-Hoad, Gabriel Jackson, Cecilia McDowall, and Matthew Martin. TMC has released ten recordings to critical acclaim, praised for ‘precision and pellucid textures’ (The Times) and for ‘drawing the listener in by quiet persuasion and musical intelligence of the highest order’ (The Guardian). The Marian Consort made its inaugural tour of the US and Canada in October 2018, and will tour Japan in autumn 2021. To learn more, please visit www.marianconsort.co.uk