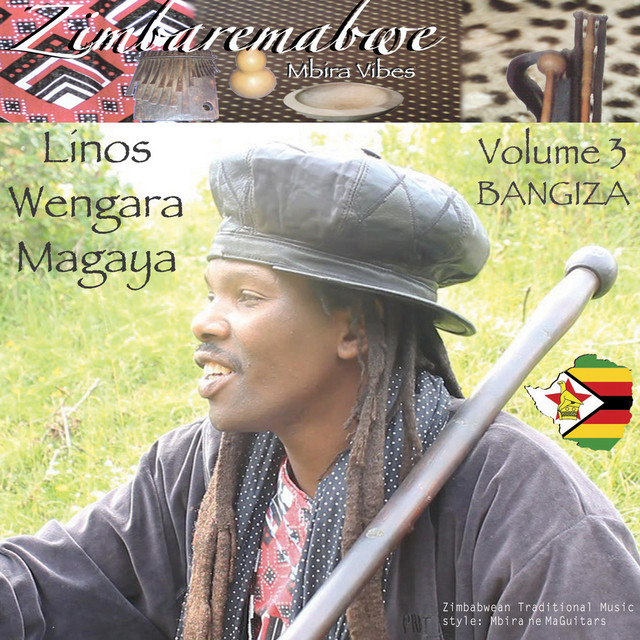 Zimbaremabwe, led by Linos Wengara is a live band playing Zimbabwean traditional music, as well as Mbira Reggae. Zimbaremabwe carry the torchlight for Zimbabwean traditional music in the UK. We perform as an acoustic style ensemble, traditional acoustic instruments, percussion and voice.... but also run a modern full band, with a full complement of electric instruments (electric guitars, bass, drumkit, alongside Mbira). This full band style, often referred to a 'Chimurenga' music, was made popular by artists such as Thomas Mapfumo, and the Four Brothers. We bring to the stage a fast paced and distinctive genre of music, unique to Zimbabwe. It is rich with singing melodic guitars, complex polyrhythms and a perpetual heartbeat provided by the bass drum. But we don't stop at traditional authenticity, we also play other styles such as Mbira Reggae, Rock & Funk.... partly because we also enjoy this music, but also to showcase the flexibility of the Mbira instrument of Zimbabwe. Mbira is a very spiritual instrument with a complex musical repertoire, but is also capable of being adaptable to many musical styles, and we think this kind of fusion is a valid way of uplifting the appreciation of the instrument. We often feature both genres in our sets.