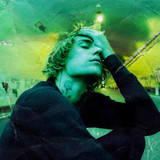 After closing out 2020 with three smash singles - “Holy,” with Chance The Rapper, “Lonely” with benny blanco, and “Monster” with Shawn Mendes – Justin Bieber reigns as one of the biggest artists in the word: the #1 artist on YouTube with 60mm subscribers, the #2 artist on Spotify global with over 65mm monthly listeners, over 200mm in combined U.S. radio audience per week, and three Grammy nominations and an American Music Award for his 2020 album Changes. Changes, the fifth studio album by Grammy Award®-winning global superstar Justin Bieber, debuted at #1 on the U.S. album chart, netting over 1 million in first week global consumption.

Bieber’s 7th overall #1 album, Changes also debuted at #1 on the Billboard R&B Albums chart, a career first for him. Underscoring the global dominance of Changes, the album reached #1 in the UK and Canada, and clocked in at #1 iTunes in 85 countries. With the release of Changes, Bieber once again ruled the airwaves and dominated the charts. Along with the platinum single “Intentions” - which has racked up over 4 million units globally - his recent collaboration with Ed Sheeran “I Don’t Care” hit #1 in 26 countries worldwide, Billie Eilish’s “Bad Guy” – and it’s Bieber remix – reached #1 in the US, and “10,000 Hours” with Dan + Shay became the highest charting debut for a country song in the history of the Billboard Hot 100. And with over 65 million monthly Spotify listeners, Bieber has become the platform’s #2 most-listened-to artist.