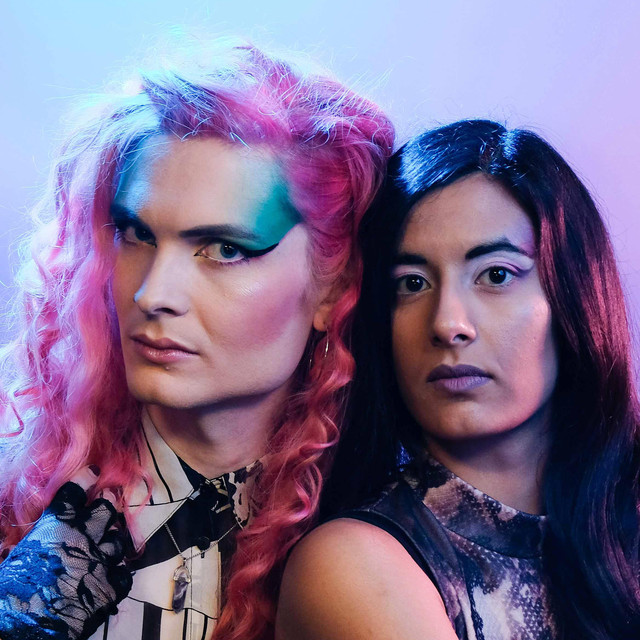 It is early morning in a seaside town in England in the year two thousand and eighteen. As the sun rises over the water, two figures materialise on the pebble beach, like The Terminator in The Terminator. It is Powderpaint. A pow(d)erful fusion of indie pop producer Envelope Generator and songwriter/vocalist Shonalika, they emerged, fully formed, into the world, and launched a queer dance pop torpedo squarely at the local six string beatniks. Powderpaint are fresh. Outdated. Timeless. Retro. Eternal. Their sound and image is influenced by 80s disco and Hi-NRG like Scritti Politti, The Pointer Sisters, and queer icons before them like Pet Shop Boys and Florence + The Machine. You're gonna want to get up and dance. You're gonna feel good. In June 2020, Powderpaint released their first EP full of sizzling synthesizers, funky guitars and retro grooves. The songs covered themes of trans identity, bad relationships, pseudoscience, and an unapologetic celebration of queer people's love and happiness. Powderpaint are not yet done with this planet.