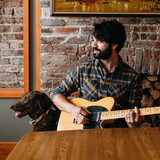 Randall Kent is a Nashville based producer and songwriter specializing in organic, energetic indie-folk and indie-pop. His work in the sync realm includes songs placed in numerous film, tv, and trailer spots. In addition to sync, Randall also has cuts with artist such as Grizfolk (Nettwerk Music Group), WILD (Nettwerk Music Group) including "Back To You" with nearly 10 million streams, and “Here We Go" which was sync'd for Nintendo, Dove, UGG Footwear, and the Goosebumps 2 movie. Originally from Denver, Kent spent years touring and making records as the singer-songwriter and frontman for the Colorado pop rock band, The Heyday. The group eventually found itself working as the backing band for Matt Hires on national tours in support of Matchbox 20, Goo Goo Dolls, and Parachute. Moving to Nashville in 2014 delivered a shift in focus away from the road and into the studio. In the years since, Kent has taken time to learn how to write and produce for other artists and genres including attending the Mix With The Masters seminar in the south of France, learning from mix guru Andrew Scheps.

This blend of experiences and perspectives helps him find common ground with both up-and-comers and veteran music makers alike. Whether he’s playing the role of songwriter, producer, artist, or all of the above - his goal remains the same: To unveil the maximum emotional impact of the song and connect to the listener.