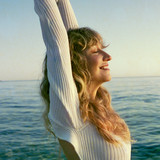 Nilipek. is an Istanbul-based singer-songwriter who blends her own stories with common emotions while singing calmly on a music that varies from acoustic pop to alternative rock. After singing in different bands for years, in 2013 she decided to focus on her own songs and get together with Ozan Tekin for her first album. Released on November 2015, her debut album "Sabah" has been counted as one of the best alternative albums of the year. After two years, she recorded her second studio album "Döngü" with

Can Aydınoğlu (guitars), Ozan Tekin (keys), Umut Çetin (bass) and Berkay Küçükbaşlar (drums). "Döngü" was released at the end of the 2017. After Sabah (2015) and Döngü (2017), Nilipek. released her third studio album, which she describes as "the most intimate album of her", in April 2020. "mektuplar", (means 'letters') which will be released in two parts, tells two connected but different stories through letters written by the main character. While asking questions on the society, relationships, intimacy, expectations and gender roles, these letters are not scared of their own fragility, and while vocalizing these letters, Nilipek. is not afraid of asking hard questions and facing both herself and the opposite. The album references different genres musically and aims to create a concrete and timeless space for these letters, like the concept of the 'letter' itself; keeping the familiar and the uncanny together in a eerie nostalgia.