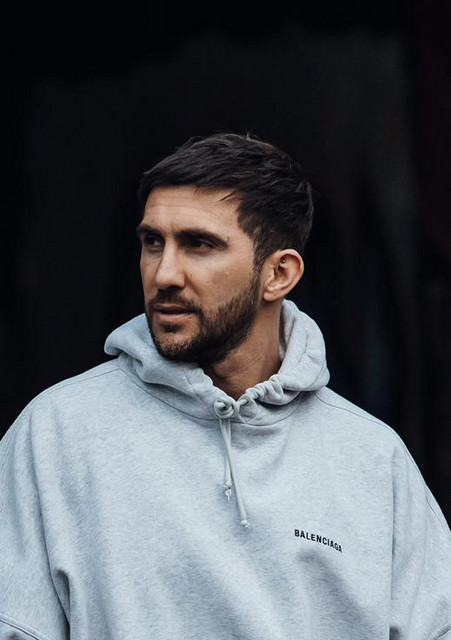 British deep/tech-house DJ and producer Daley Padley has achieved a remarkable amount of success under the name Hot Since 82. His tracks are energetic and a touch dramatic, yet smooth and not over-produced, and perfectly tailored for clubs and dance festivals. After collecting some of his initial singles and remixes as Hot Since 82 on the 2013 full-length Little Black Book, Padley founded Knee Deep in Sound in 2014 and continued releasing singles and mix CDs on the label, as well as others such as Truesoul and Moon Harbour. Padley was born and raised in Barnsley, England (in 1981, contrary to his moniker). He started frequenting clubs as a teenager, and began spinning at a hometown club at the age of 17, where he became renowned for his 12-hour weekend sets. He began traveling to Ibiza in 2003, and started a residency at Cream Ibiza in 2006. He also started releasing tracks under his own name, but he gradually became tired of the more commercial Ibiza sound, and took a break from spinning and producing music. However, he regained his faith in house music when he resumed clubbing in Leeds in 2010. That summer, he and his friends were attending an Ibiza after-party when the music abruptly stopped. Padley plugged his phone into the sound system and played one of his unfinished tracks, and the crowd responded enthusiastically. "Let It Ride," Padley's debut single as Hot Since 82, was released by Noir Music in 2011, and was soon followed by the Forty Shorty EP on Get Physical, two Hot Jams EPs on Noir, and several tracks on Moda Black. He also remixed songs by Pete Tong, Rudimental, David Lynch, and Green Velvet, among many others. Padley's star continued to rise in 2013, as his set for BBC's Essential Mix series aired, and his debut full-length, Little Black Book, was released by Moda Black. In 2014, he was featured on the cover of Mixmag, headlined the U.K. festival Creamfields, and launched his own label, Knee Deep in Sound, dedicated to up-and-coming underground house artists. He released a mix CD, also titled Knee Deep in Sound, through the label, as well as singles such as "Time Out" and the Black Box-sampling "Somebody Everybody." A second Essential Mix, recorded live at Ibiza club Space, aired in 2015, and Hot Since 82 mixed the second disc of All Gone Ibiza 2015, a double disc split with Tong. Padley continued playing at clubs and festivals throughout the world, selling out tours of North and South America as well as maintaining a long-standing residence at Pacha Ibiza. Among his single releases, "Damage" was issued by Adam Beyer's Truesoul in 2015, and "Evolve or Die" appeared on Moon Harbour in 2017, the year he was nominated for Producer of the Year at the inaugural Electronic Music Awards. Several singles followed over the next two years, including "Buggin'" (featuring vocalist Jem Cooke), "Bloodlines," and "You Are the Light," all leading up to the release of 2019's 8-Track. The following year marked the arrival of the self-described "healing record" Recovery. ~ David Jeffries & Paul Simpson, Rovi