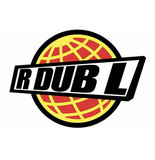 Over 2 decades in the business this KW (Kitchener Waterloo) DJ has produced over 500 mix shows & played 100's of your favorite events! Rene Double a.k.a. DJ R DOUBLE is an Engineer/Entertainer from Canada. DJ R DUB L shows no signs of slowing down any time soon, producing an Urban Radio Mix show called DUB RADIO, with a variety of artists in Popular Urban Music. Partnered with the world famous CUIT.FM 89.5 as a feature with Canada’s hottest DJ SLAM from Toronto Ontario. Along with his incredible Dub Squad street team bring countless fans the cutting edge of music holding no ear unheard since the year 1999. Having studied at Canada's First Disc Jockey School "Scratch Lab" in Scarborough Ontario, with Buba Kahn & David cox. Soon after that, he continued his journey to Metal Works Institute in Mississauga Ontario, where he studied to be an audio engineer. DJ R DUB L (Pronounced DJ R DOUBLE) Has a weekly show on the radio in the United Kingdom UK on Saturdays you can tune in online at SLERadio.com