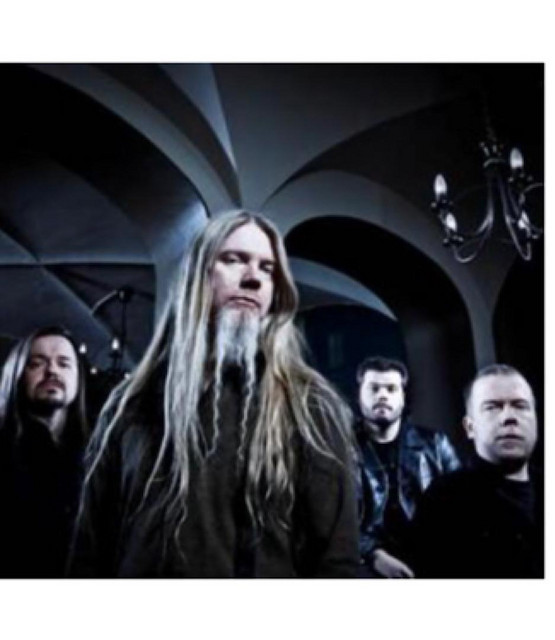 Sapattivuosi is a Finnish Black Sabbath tribute band that made its debut in 2003 and proved popular, especially as a live act. Originally comprised of Hannu Paloniemi (vocals), Janne Halmkrona (guitar), Mara Salminen (bass), and Simo Vehmas (drums), the band was founded in 2000 in Helsinki, Finland. Among the bandmembers, Halmkrona was already well established as the guitarist of the chart-topping Finnish rock band CMX, which he had joined a decade earlier, in 1990. Following the addition of Antero Aunesluoma (bass) to the band in place of the original drummer, Sapattivuosi made their eponymous album debut in 2003 on EMI. A collection of Black Sabbath songs adapted into Finnish, Sapattivuosi was a Top Ten success on the national albums chart and spawned the Top Five hit single "Hautuumaan Lapset," an adaptation of "Children of the Grave." The band was especially popular as a live act. Second album Sapattivuosi, Vol. 2 (2005) couldn't rival the success of its predecessor, peaking no higher than number 22 on the Finnish charts. All the same, "Kännin Piikkiin," an adaptation of "Sweet Leaf," was released as a single and became a Top Five hit. Paloniemi subsequently departed the band and was replaced on vocals by Marco Hietala, the frontman of well-regarded Finnish metal bands Nightwish and Tarot. With their new lead vocalist in place, Sapattivuosi fittingly switched from Ozzy Osbourne-era material to the Ronnie James Dio era of Black Sabbath, the albums Heaven and Hell (1980) and Mob Rules (1981) in particular. The resulting album, Ihmisen Merkki (2009), was a Top Five hit and spawned the single "Pelon Lait," an adaptation of "Neon Knights." ~ Jason Birchmeier